Here, the words of the greetings from the translating into English rules RPF!
I think (I hope) that in one or two weeks all will be ready and we will give you first English version of our rules...

We are glad to introduce “Ready! Present! Fire!” wargame rules to you, which are the result of our collaborative work. “Ready! Present! Fire” was a command, given to the infantry to fire the weapons in all European armies of the XVIII c.
"Ready! Present! Fire!" rules (hereinafter RFP!) were designed for table historical wargames, using 15 mm tin figures. These rules cover the historical period from 1740 to 1763, which means the time, when the battles of The War of the Austrian Succession (1740-1748) and The Seven Years’ War (1756-1763) took place in Europe, North America, and India.


The game system was created in several stages. We started our work with a very complicated numeric model with a lot of ideas and practices, borrowed from the old and new wargames. Rules abounded with many tables, complicated calculations, and extremely unfriendly game decisions. After multiple changes and tests we came to quite a simple system, based on D6 dice with minimum mathematical operations.

Works by George Nafziger, Brent Nosworthy, Christopher Duffy were the main source of information for the development of our rules. It is exactly in the books of these military historians, that we found the data, necessary for our calculations, and further useful information.


When designing the games, one of our main objectives was to make a well-balanced, easy game system and to ensure that the battles, we create, reflect historical environment of a chosen historical period. We tried to implement a command chain with regard to all those external and internal factors that could impact it.
We deliberately put aside the procedure of a unit status definition, commonly used in war games (unstructured, disorganized, arranged troops, etc.), because the above-mentioned notions are ambiguous and it is impossible to clearly determine the reasons, why there is a shift from one state to another. That was why we found solutions, satisfying our expectations, by introducing the notion of Disorganization Points (DP) into the game. As we think, it can combine all internal and external factors, having a negative impact on the combat effectiveness of the unit.
There was another aspect of great importance for us – the Unit Morale system. We tried to adapt it as much as possible to our understanding of combat environment of a chosen historical period. In this regard Bruce Quarrie's rules and his model of the Unit Morale State did an inestimable service for us.

We would like to express our sincere gratitude to the following authors of the rules: Angus Konstam for his rules Die Kriegskunst (modification of Dave Braun’s General de Brigade rules), highly-regarded Bruce Quarrie for his rules Napoleon's Campaigns in Miniature: War Gamers' Guide to the Napoleonic Wars, 1796-1815, David Park Newport for his rules Frederick the Great and a number of other authors. Each of those systems influenced our work.
Our special gratitude goes to Kronoskaf.com information source and to Richard Couture personally for tremendous work done on collecting, systematizing and processing the information about the Seven Years’ War.


Special thanks for Giuseppe Rava for great Cover Art: 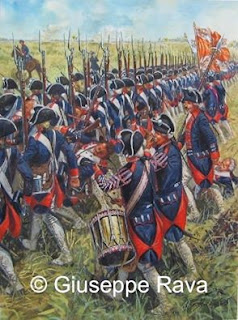 Phases of a game turn: 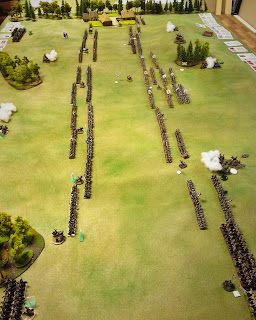 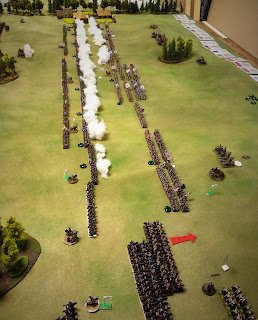